So. I promised I would continue the travels. And I am. Welcome to adventures round #2.

After a lovely ( and busy!) week a home we all set off again. This time with the Grand Canyon as the goal. Along the way we stopped at a few places and saw some incredible sights.

First stop was Las Vegas, which was.. bright. And kinda dirty. It was the first time we had been to Vegas. It was kinda cool to see the sights, but I’m not really dying to get back. We walked around a bit and looked at the cool hotels, man they are huge! 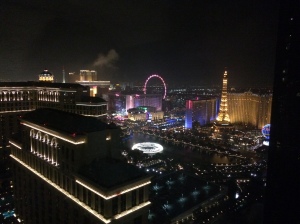 After that we left and headed up to hoover dam. Man. That thing is massive. And high. Super neat to look around and see how they built it.

After we headed to the Grand Canyon. And THAT was impressive. You can’t really take in JUST how MASSIVE it. We had the best time walking around it.

It was so so SO stunning. While we were walking, all rugged up, it started snowing on us.. and it was just.. so beautiful! We had speccy company too! The whole landscape was just amazing. The colours and the depth and the magnitude. Just wow. Words really do fail. 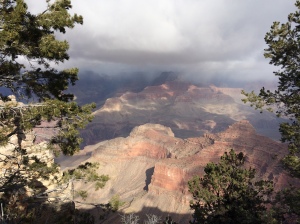 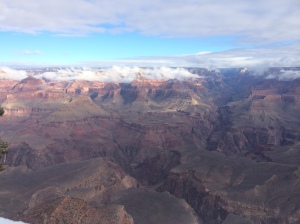 After trotting around there for a while (And staying it a hotel which had a bowling alley! Naturally we had a game;) We headed to a awesome little place called Sedona. Which was super cute, and such a neat place to explore. At one place some of us even had rattle snake for dinner!! I refrained. We are all convinced we need to go back for longer!! 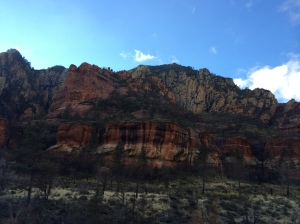 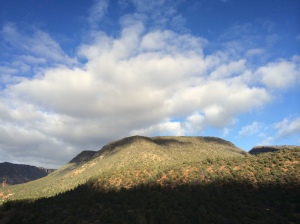 We finished up by visiting the site of some ruins that were houses for the acient indian people of that time, which was awesome, and staying in Phoenix (Which is a story all on its own. And I will do a WHOLE post just on that) And hiking around Joshua tree National Park which was super fun!

It defiantly was a jam pack, breathtaking and awesome few weeks . So much sight seeing, travelling and fun things in that time!

But the best thing of all was spending time with these fun, loving, awesome people! So many laughs, good times and memories. Thanks for letting me tag along 🙂

Seek & You Shall Find…